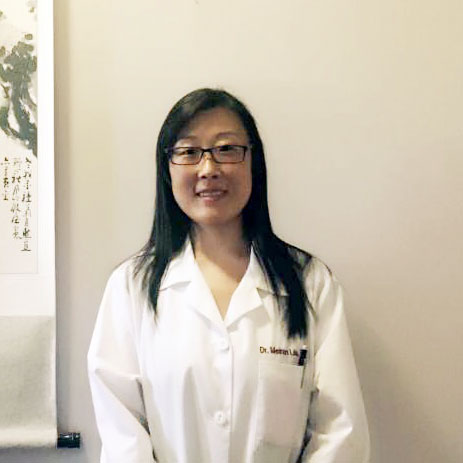 One of ACA Acupuncture & Wellness’s premier locations is in the heart of Union Square. ACA’s professional and friendly staff have been treating patients who live and work in the area, for over ten years. The managing acupuncturist at this center is Dr. Liu.

Dr. Liu has been practicing acupuncture for the past 20 years and 2 of them have been with ACA. Like all of the ACA practitioners that we interviewed, Dr. Liu spoke so highly of her experience thus far. She described ACA’s founder, Dr. Max Liu as being immensely helpful and supportive of all of his practitioners. She expressed feeling so grateful to work for a company with a strong value system that aligns with her own, as well as for the collaborative atmosphere that has been fostered at the Union Square location.

Dr. Liu holds both bachelor and master’s degrees in Chinese medicine from the most prestigious universities in China. She was an attending doctor at the China Academy of Chinese Medical Sciences in Beijing for over 7 years before moving to New York. She is a New York State licensed acupuncturist and also a diplomat of oriental medicine by NCCAOM.

We are always interested in what inspires ACA’s practitioners to have chosen not only to work with ACA, but also to study and practice Traditional Chinese Medicine (TCM).  Dr Liu’s experience is similar to other managing acupuncturists that we have spoken to. It seems that growing up in China and witnessing TCM being practiced by older family members leaves a big impression. Dr. Liu recounted a memory of a patient that her grandfather had when she was younger and living in China. She said that she remembered the patient because it was the summer and he was cold all the time. She watched week-by-week as her grandfather treated him with acupuncture and Chinese herbs and after one month, the patient reported feeling a more normal temperature. She felt so inspired not only by the effectiveness of TCM but also by how quickly the patient was able to come back into balance.

With that being said, Dr. Liu reports seeing patients most often, for pain-related conditions. Dr. Liu spoke indepth about the effectiveness of acupuncture for pain and expressed feeling so fulfilled when her patients improve very quickly.  Another specialty area that Dr. Liu has had success is in treating infertility. She has had quite a few patients who came to her unable to conceive and after a series of consecutive acupuncture treatments, they were able to become pregnant. Dr. Liu spoke about a particular patient whose baby was recently born. This patient was treated by Dr. Liu for 6 months with a combination of acupuncture and Chinese herbs and was able to get pregnant and give birth to her baby.

Dr. Liu is very passionate about getting the word out about the benefits of TCM and letting more people know just how powerful the effects can be for so many common conditions. Cupping is something that Dr. Liu would like to encourage patients to try. She says that it can be so helpful in relieving pain and increasing blood flow. Many patients are skeptical to receive treatment because of the bruising that can occur after treatment. Dr. Liu says not to worry, the bruises don’t usually hurt, and they are a sign that unwanted toxins have been pulled up to the skin surface. It is her hope that people don’t wait to get acupuncture after nothing else is working. Dr. Liu wants to reverse that way of thinking so that many conditions can be resolved with acupuncture first and don’t ever lead patients to the hospital.

You can schedule a consultation with Dr. Liu at ACA’s Union Square location. ACA accepts major insurance. Please call to find out if your insurance covers acupuncture treatments.