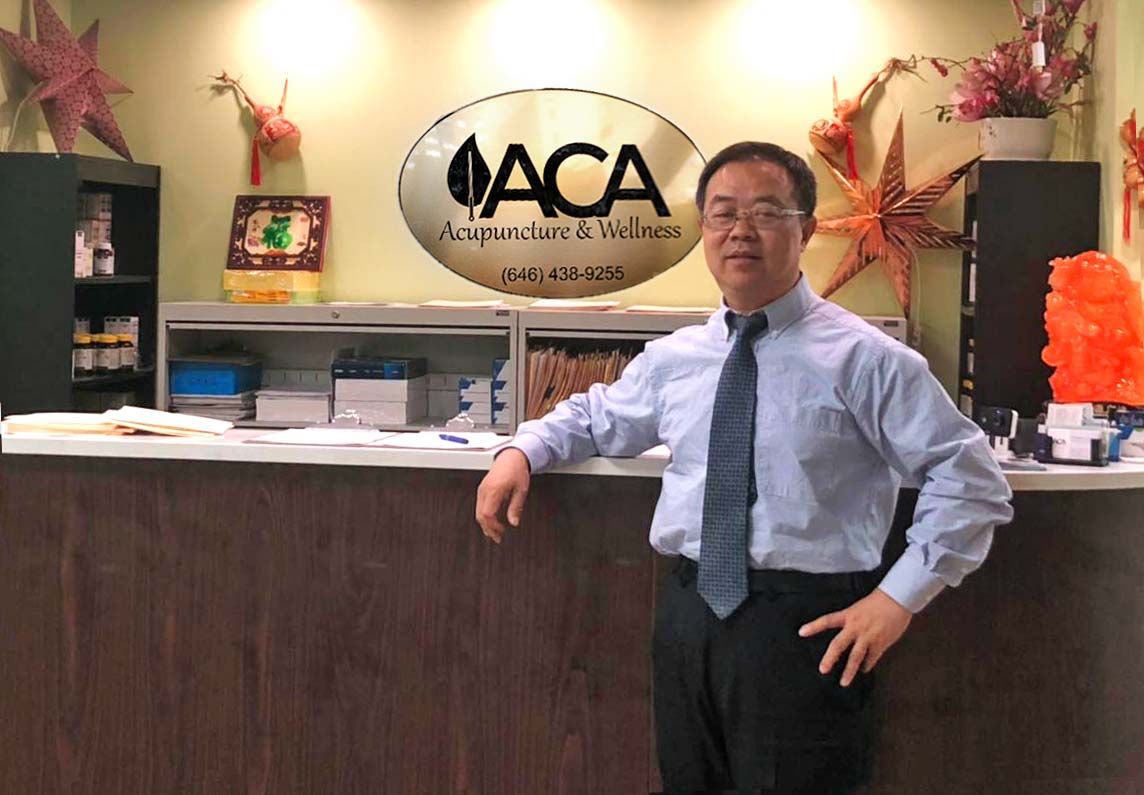 Every dream begins with a vision of what is possible. For Dr. Liu, ACA Acupuncture & Wellness’ President and CEO, his dream was born from a passion for healing. Growing up in China, he was exposed to Chinese medicine through his family. He remembers acupuncturists who would come to his home to treat his grandmother for various conditions. Even from a young age, Dr. Liu recognized how quickly Chinese medicine worked to treat so many different conditions. He was inspired by how powerful this ancient system of healing could be. This is what led him to his mission to become a leader in integrative medicine and to offer the benefits of Chinese medicine to all people, in the treatment and prevention of disease.

Dr. Liu earned his M.D./Ph.D in 1996 from Beijing University of Chinese Medicine, credentialed as the top medical school by the China National Immunization and Health Bureau. He was an attending physician in internal medicine at First Hospital of Beijing University of Traditional Chinese Medicine. Dr. Liu has been active in researching atherosclerosis for 13 years and finished his first postdoctoral training at Tsinghua University in 1998. He received a patent for his atherosclerosis treatment in China in 1998 and came to Columbia University as an Associate Research Scientist in 1999 for hyperlipidemia (high fat/lipid concentration in the blood) and atherosclerosis (disease of the arteries). Dr. Liu has written chapters for 5 books, was the chief editor of Internal Medicine – Chinese Medicine, and has published 20 papers related to his clinical and biomedical research.

Before Dr. Liu opened his first clinic, he sat across from a fellow Columbia professor and shared his vision for ACA. Dr. Liu remembers his colleague pointing out there already 6 acupuncture clinics that were within a few blocks radius of the first ACA location in Washington Heights, near Columbia University in New York City. Dr. Liu heard his friend but he didn’t take his advice not to open up a clinic in the area. He believed so strongly in his vision that he went ahead and broke ground on what remains one of the many successful ACA Acupuncture and Wellness clinics in New York City.

Dr. Liu intends to bridge the gap between eastern and western medicine. One without the other has not proven to be a comprehensive system of healing. In combination, research has shown the highest percentages of recovery in patients. Dr. Liu strives to standardize acupuncture and Traditional Chinese Medicine (TCM) in the United States and worldwide by raising awareness of how effectively conditions previously untouched by western medicine can often shift toward healing in a short time as well as encourage the effects of a western medical approach.

With every ACA Acupuncture & Wellness location that opens, Dr. Liu works with exquisitely trained and highly experienced TCM doctors and holds each location and its products to the highest standards in order to give patients the best possible experience. Dr. Liu oversees all of the ACA locations and has the opportunity to witness TCM being integrated into the collective consciousness of Americans.

Each day, as more patients give TCM a try and have a positive experience towards health and healing, his vision grows. Before long, his hope is that people won’t think of chinese medicine as a last resort but something to try first to prevent disease before it creates imbalance and causes symptoms that can be more challenging to treat. With over 25 ACA clinics up and running, Dr. Liu is on his way to not only changing the lives of patients but of changing the healthcare system as it is set up in the United States and hopefully, beyond.